Professor of Speculative and Game Design 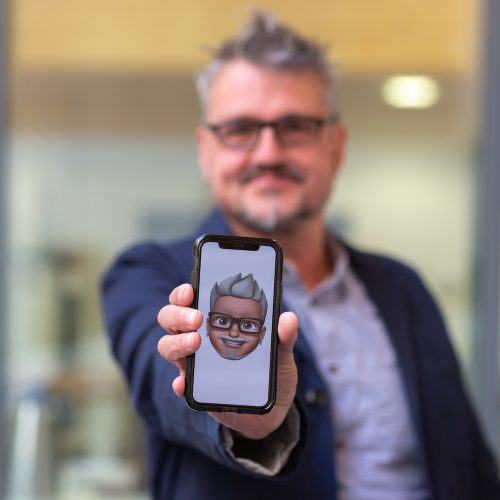 My research can more generally considered as Speculative Design. Speculative Design combines real and/or hypothetical extrapolations of the development of emerging technologies with a consideration of the cultural landscape into which they may be deployed. This activity is embodied as ‘research through design’ and, in particular, to the design of speculative physical/digital interactive games, playful experiences, and artefacts. Elements of my research has been conducted using an, ‘situated’ evaluation methodology in that I have utilised ‘app stores’ and social networks as an experimental platforms. This element of my work has led to international recognition by industry as well as academia in that I was selected as one of 50 most talented mobile developers worldwide from a community of over 2 million to be a founding Nokia Champion and the first academic invited to speak at the Game Developers Conference. Increasingly, my work encompasses a particular practice of Speculative Design which is Design Fiction as a way of exploring futures for areas such as the Internet of Things and Machine Learning. Design Fictions are collections of artefacts, that, when viewed together build a fictional world. The artificially built world is a prototyping platform for the very designs that define it, meanwhile those designs reciprocate in kind and prototype the world.

“Play is the highest form of research.” – Albert Einstein

Local Trade is a Catalyst launch pad to create a system which records trading patterns within the local trading economy of Lancaster.

An investigation into emerging approaches to visualising, interpreting and using data

The first crowdsourcing jukebox to use NFC technology

Design Research for the 21st Century

How do we unlock the digital communication of empathy?

Exploring the Legibility of AI

This £1.5 million EPSRC funded 4 year project examines the role of new technology in citizen led innovation looking specifically at Manchester and Derry as sites of innovation. The project includes innovation researchers from Computing, Design Sociology and management, all based in Lancaster University.

For all your future Design Fiction needs!

Creating New Contexts for Growth in the Experience Economy