Design Value: The Role of Design in Innovation

Design Value is an 18 months AHRC funded-project aiming to identify the specific conditions under which design is likely to make a substantial contribution to certain forms of innovation.

Despite much research has been conducted around the definition, use, value and impact of design, which has helped to build confidence on design, and expand understanding of the role of design, such studies are not totally clear in articulating design’s specific contribution to innovation. In fact, one may argue that the increasing acceptance of design’s strategic value has diluted the discourse that focuses on the relationship between design and innovation, and has to some extend, led to assumptions that design’s ability to contribute to innovation is a given. Therefore, this research is based on the premise that design creates value, and the impact is clear but not necessarily understood. In this context, this research will gather evidence to build a clearer picture, which while conveying the complexities of the relationship between design and innovation, also identifies the specific conditions under which design contributes to innovation, the forms of innovation and the forms of these contributions.

This project operates in collaboration with Innovate UK to get access to certain number of UK based organisations to undertake a prospective and retrospective pilot study. This study will be done using both qualitative and quantitative metrics. 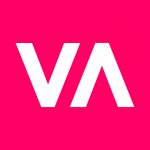 Official launch of our survey – Collaboration with Innovate UK

Understanding the network of studies related to our project “Design Value: The Role of Design in Innovation”

Kick off meeting of our project "Design Value: The Role of Design in Innovation"