There are many people, even colleagues who talk about innovation without any relationship to design at all (literary examples of this include the 600 page Oxford Handbook of Innovation and the 500 page Diffusion of Innovation) in this world innovation is a function of business activity.

There is another camp, mostly of designers, who see innovation as their home ground (and neither know or care about the other school of innovation studies). Tom Kellys The Art of Innovation and his 10 Faces of Innovation use the term interchangeable with creativity and treat it very much as a sub-category of design practice. This tension is exemplified (but not resolved by a recent paper in Design Studies by Ba1rry Wylant called Design Thinking and the Experience of Innovation. Here the two worlds are mixed without really bringing them together, the result is a rather curdled sludge.

Rick Poynor has just written an article in the International Design Magazine called Down with Innovation. Here he argues that designers have been so successful in promoting design that business has tried accepted this and is now trying to take it away from designers by calling it design thinking or innovation. He undermines this interesting position by going onto argue that the only really important thing is aesthetic sensibilities anyway and the measure for successful design is if it will be in a museum in the future (I think this was a side swipe at things like service design). 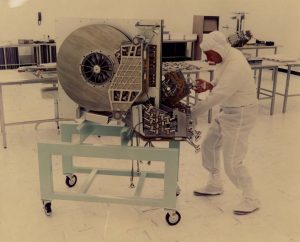 From my perspective there is a lot of guff written on both sides of this subject. There are many, many ‘airport’ books aimed at the executive looking for a quick fix. The two titles above are exceptions to this as is a great deal of the research in the book edited by Chesbrough, Vanhaverbeke and West called Open Innovation Researching a New Paradigm. (Warning Chesbrough started the Open Innovation thing off with a book called. you guessed it Open Innovation – this is pretty firmly in airport land, even if the kernel of the idea in there is proving to be very powerful).

Substantial research about innovation and design is not very well developed (or if it is I have not found it yet), partly this is because that designers are trained to weave their creative skills around them in a web of mystique, partly its because I don’t buy the idea that innovation is the same as creativity and the same as invention. The distinction I am aware of (and support – I think) is that invention is the Eureka moment; innovation (and design?) is the motion of that idea into a practical outcome. I am keeping at it but bringing these two worlds together is challenging to say the least.