Beyond the Castle brings the park to Market Square

It was at 9.20am on Saturday 4th August that we knew this co-design event was really going to work. The model of the open spaces beyond the castle had been erected before the market traders had set up and there it all was, with its pink signage, in the market square, making quite a spectacle of itself as the sun started to shine on everything

Relieved and reassured we supported people as they selected and positioned icons to represent themselves and how they wanted to use the space in the future. By 11am the model was fully populated and we had captured the memories, dreams and aspirations of dozens and dozens of people who cared about the future of Vicarage Field, the roman fort, the cycling path and Quay Meadows. We captured big ideas, suggestions for small changes and pleas for everything to be left just as it is; but whatever they had to say about the design of its future use, people wanted their voices heard, because it was clear that this space really matters to them.

Time lapse photography shows how the icons and co-design contributions built up during the day and how quickly the model was repopulated after we cleared everything away and started again. The steady stream of people kept the volunteers busy all day and a huge thank you goes out to all them for their hard work and ingenuity.

At 1pm with market square still buzzing and the co-design contributors now in their hundreds, we pitched up the parallel event at the Priory. Muskets sounding from the re-enactment society, more fabulous volunteers engaged local users, tourists and a surprising number of international visitors in imagining the park’s possible future uses until rain closed play at the end of the afternoon. 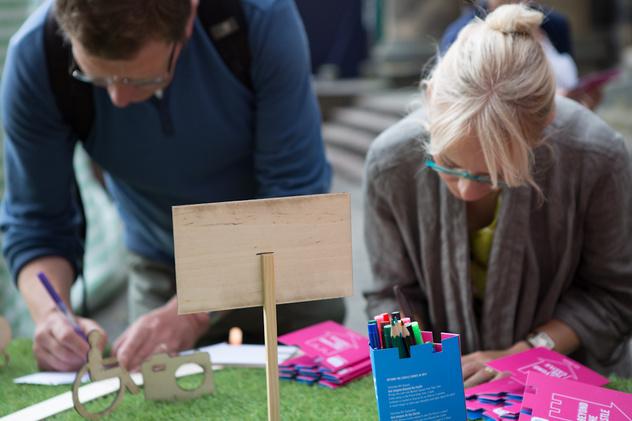 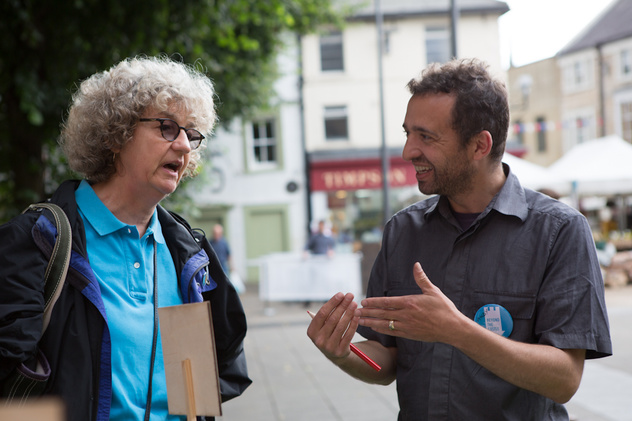 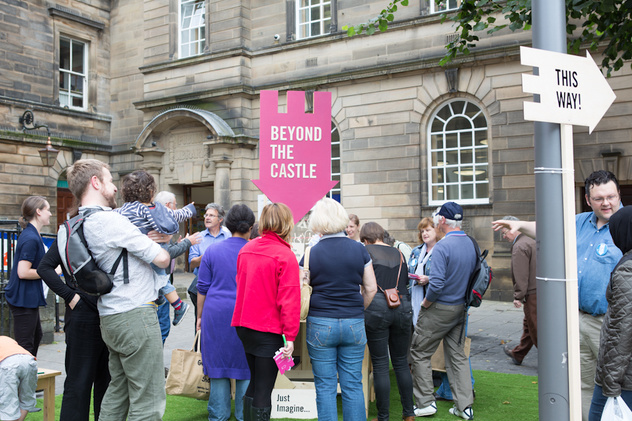 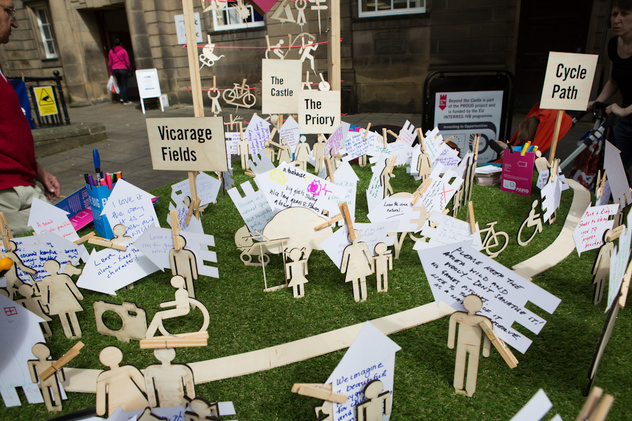 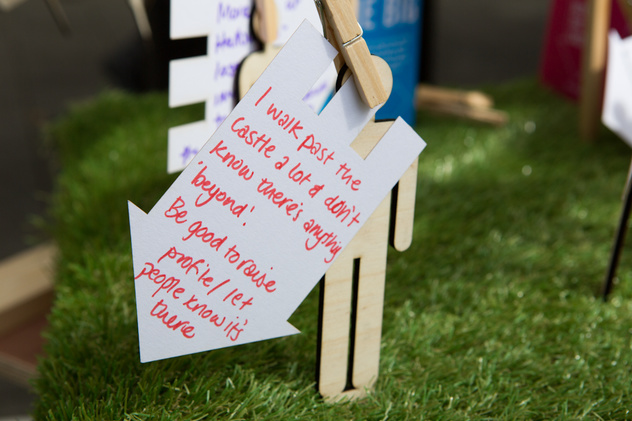 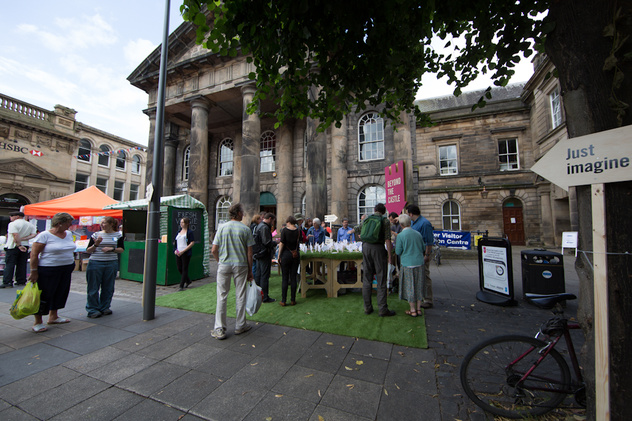 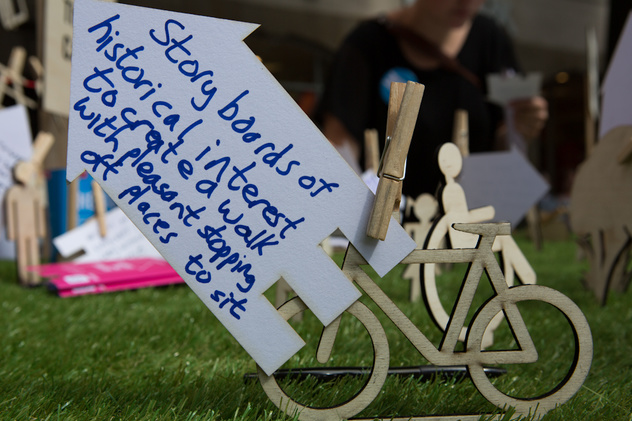 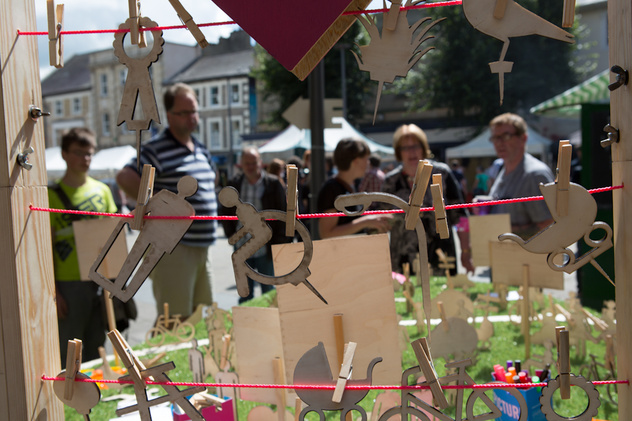 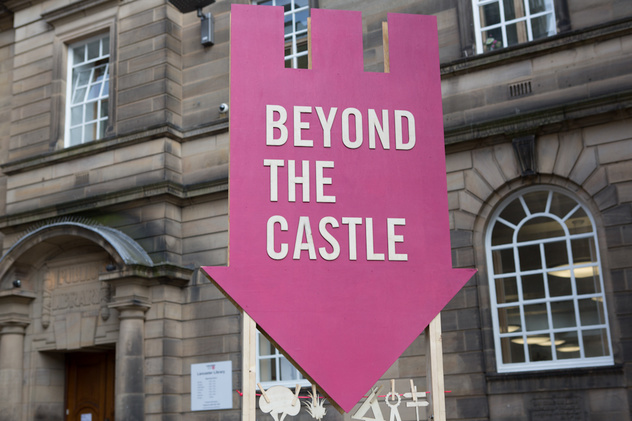