Workshop at Petrosains explores interface between science and society

On 28th September 2018, the ImaginAging team held another successful workshop at Petrosains, Suria KLCC, Kuala Lumpur City Centre. The aim of the co-designing workshop is to pilot an exploration that will interface the science with the social. Participants from diverse backgrounds, such as medical healthcare, psychology and government, arrived as early as 8am to get ready for the three hour workshop.

After a quick registration and refreshment, the workshop began with a discussion to brainstorm and identify problems. Each group is tasked to share issues they observed in their own environment and profession. The outcomes of the discussion are then channeled into the design of possible solutions.

After a short break, the groups quickly started working on the prototyping process. The four groups then presented their ideas. One common theme observed among the groups – most of the participants have presented ideas and prototypes with the focus on the people instead of technology. Some also highlighted the need to work on policies before one can solve problems in handling ageing issues.

All in all, the participants worked together to bring design to prototypes. The organizing team hopes, through this workshop, they can continue the effort to contribute to the ageing research work in Malaysia. 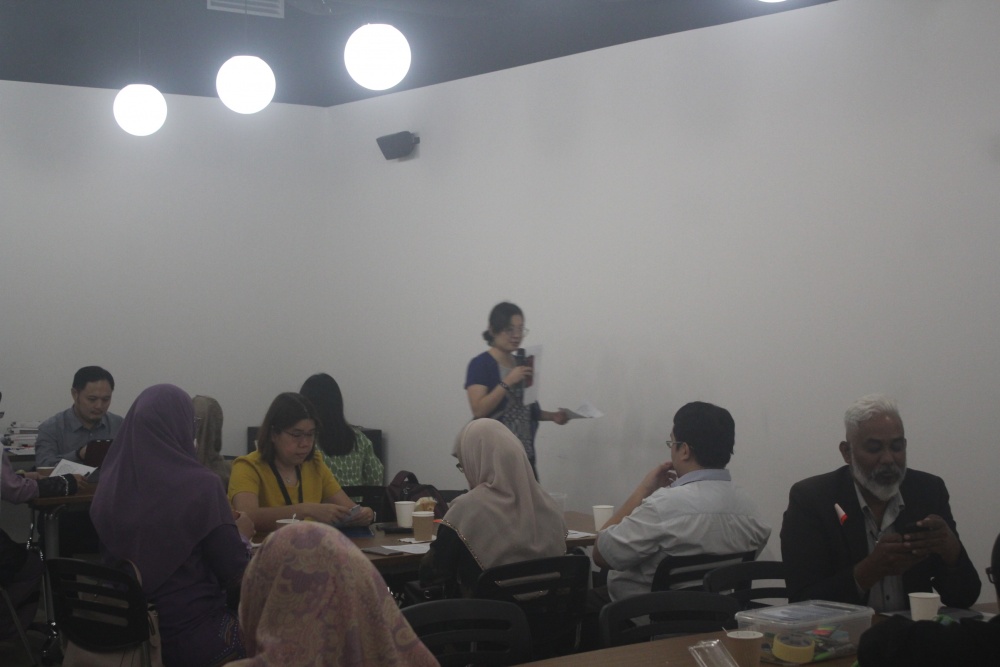 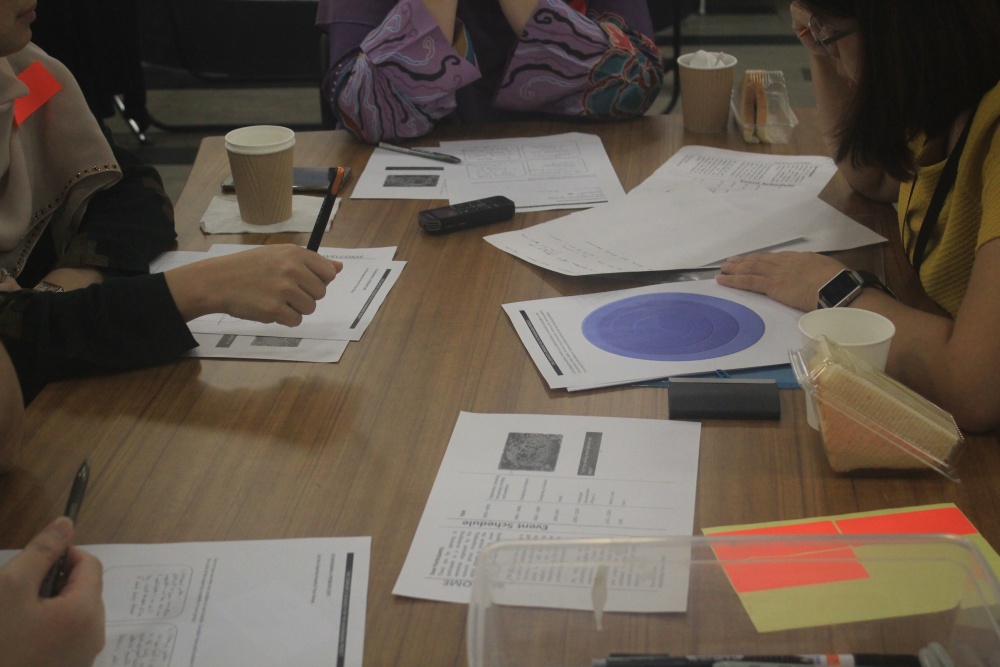