How do you visulaise 2.5 billion calls and text messages exchanged between 5 million users?

As an output from some research using supplied as part of the Orange Data For Development Challenge we created a novel 3D printed representation of the data. The data itself relates to Orange phones calls in Ivory Cost (Republic of Côte d’Ivoire) during 5 month period from December 2011 to April 2012). The original dataset contains 2.5 billion records, calls and text messages exchanged between 5 million anonymous users.

As part of the research we created 2D and 3D data representations one of which is the object shown. In particular it represents the Day/Night call volumes for each prefecture of the Ivory Coast. We were delighted to be able to display the object as part of the art exhibition which forms part of the Global Conference on Mobility Futures, September 4-6th, 2013, at Lancaster University, UK. 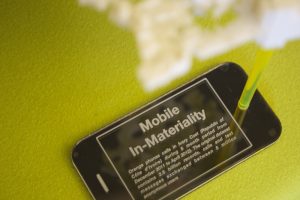