Since January 2018 we have been working with Blackburn with Darwen Council, Blackburn University, and third sector organisations within the Blackburn area to create new and collaborative projects to submit for funding. We have held monthly workshops in both Blackburn and at Lancaster University to give people from these various backgrounds the opportunity to get together and generate ideas.

“the bid writing workshops have provided me with the confidence and support to turn my ambitions and ideas into potential realities. Further to this, the collaborative workshops have brought together unlikely people, and this has led to some interesting and innovative research proposals and ideas. Without the support of this initiative, I would not be in such an advantageous position, working alongside like-minded partners. The research bid will be finalised and submitted within the next month, and this is all thanks to the support of the bid writing project” (Jenna Gardner, Academic Subject Leader for Art and Design at the University Centre at Blackburn College)

Often working on excellent ideas for new projects which will benefit communities in innovative and effective ways gets put to one side due to peoples’ day-to-day work commitments, therefore it was not only a great idea to run these workshops but also essential to enable people to have the time to work on them and the support from our team to continue working on them. To facilitate the writing of the bid proposals we arranged a distraction-free two day retreat at Brantwood on the shores of Lake Coniston in the Lake District.

Brantwood was the home of John Ruskin for the last 28 years of his life. Ruskin was a writer, artist, educational philanthropist, and radical voice in Victorian society whose influence carried on beyond his death at age 81. His home contains much of his legacy and provides a spectacular backdrop for creativity and inspired work.

Fourteen people from various organisations and backgrounds attended this workshop, working on nine bid proposals for projects to benefit the health and wealth of communities in and around the Blackburn with Darwen area. They had already attended at least one previous workshop and made the connections to create a viable project for the benefit of their local community.

“being taken out of working environment, gives you that time to clear your head, make those extra calls, do a bit of extra research whereas if you’re stuck in the office or even at home working you’re forever being interrupted” (Jane Moodie, Active Lancashire)

Everyone gathered for an 11am start, and after a brief orientation and introduction quickly got to work on their bid proposals. One of the intial things we asked all the bid writers to do was to spend ten minutes thinking about how far along they were already, what were the most important tasks they needed to do this weekend, and consider where they wanted to be by the end of the workshop, what goals they wanted to achieve.

“one of the things that’s been really good about the retreat is things like this. You’ve got all the partners together in a room, you spend the day working together in a different environment and you can just go and have a chat with somebody really quickly. I think all those different partners from different disciplines, different areas of knowledge in a different environment from where you usually work – and to work with somebody who you don’t normally work with and you’re looking to create a partnership with I think that’s a great strength of a retreat like this” (Ken Barnsley, Public Health Specialist, Blackburn with Darwen Council)

This Funding Accelerator has provided a rich diversity of projects being worked on, from women’s health to giving vulnerable children opportunities to share their stories in order to have a say in their lives. This diverse collection of projects means that potentially over £3m of funding is being obtained not only from the RCUK and/or EU but also from other charitable and grant making organisations such as the lottery funded Awards for All.

“we had great conversations and I felt that if I’d wanted to ask for advice or just throw and idea at someone, or vice versa, that as a group we could all do this” (Chris Boyko, 50th Anniversary Lecturer in Design, Lancaster University)

It was great to hear the enthusiasm and drive to succeed from all our writers, they were obviously passionate about what they wanted to achieve and very appreciative of having these two days to put in some solid work. While we had booked The Loft as a workspace we encouraged everyone to wander the extensive grounds and find inspirational and enjoyable places to work. We certainly did not want everyone tied to a desk for the duration. Everyone took advantage of the beautiful summer weather and definitely found it advantageous to get away from a desk, finding that it boosted their insights and energy.

“it’s been wonderful to have that time away to really focus on the project and have conversations with people who I wouldn’t normally get to meet, develop some new relationships with people who can inform, advise, and it’s just been great. Being away from everything else so you can fully focus on it has really helped” (Jane Houghton-Fenning, CBPartners)

By the time we broke to check in at the hotel and go for our evening meal everyone agreed they had made essential and effective progress on their proposals and were looking forward to continuing with their plans on the next day.

“as well as the individual benefits it’s that broader, the wider representation of different sectors is beneficial. And having that university input is helpful because it gives you that academic rigor as well” (Gavin Redhead, Children & Young People’s Participation Officer, Blackburn with Darwen Council)

The day was rounded off with a working meal at the Black Bull in Coniston, only interrupted occasionally by having to check the football scores (England won), and continued discussions at the Waterhead Hotel where our bid writers stayed overnight.

“I think funding writing is really immersive and you’ve got to get just completely into it so if you’re trying to do it a, like you say, different meetings here and there you could be at it for months and months and then everything changes doesn’t it and you have to start bits again” (Kerris Casey-St.Pierre, Director The Bureau Centre for the Arts, Blackburn)

Everyone agreed that day one went extremely well and were hoping to make even more significant progress on day two. 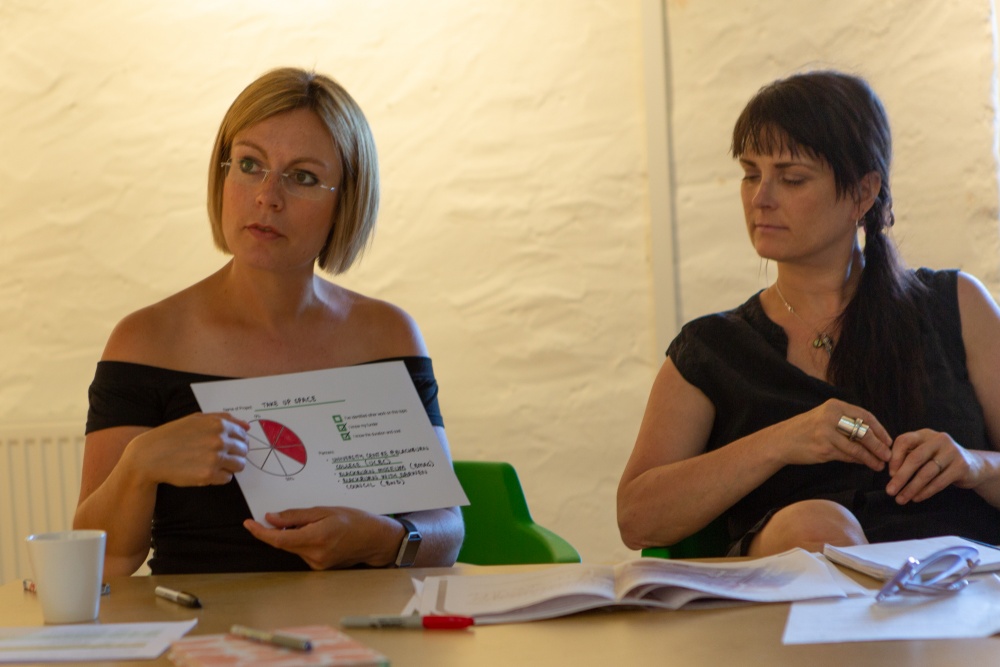 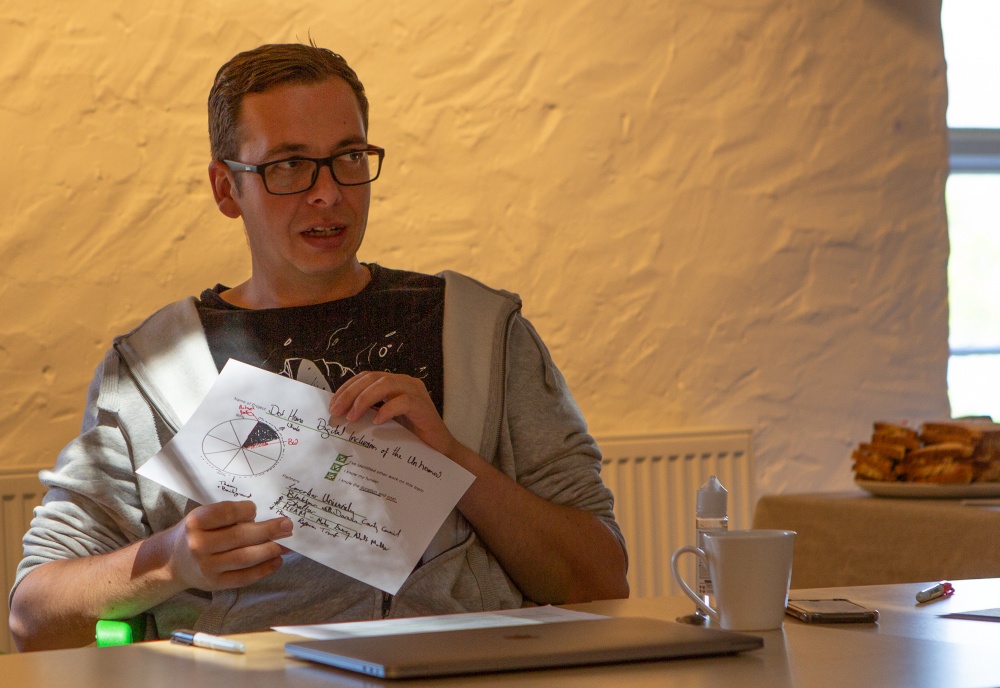 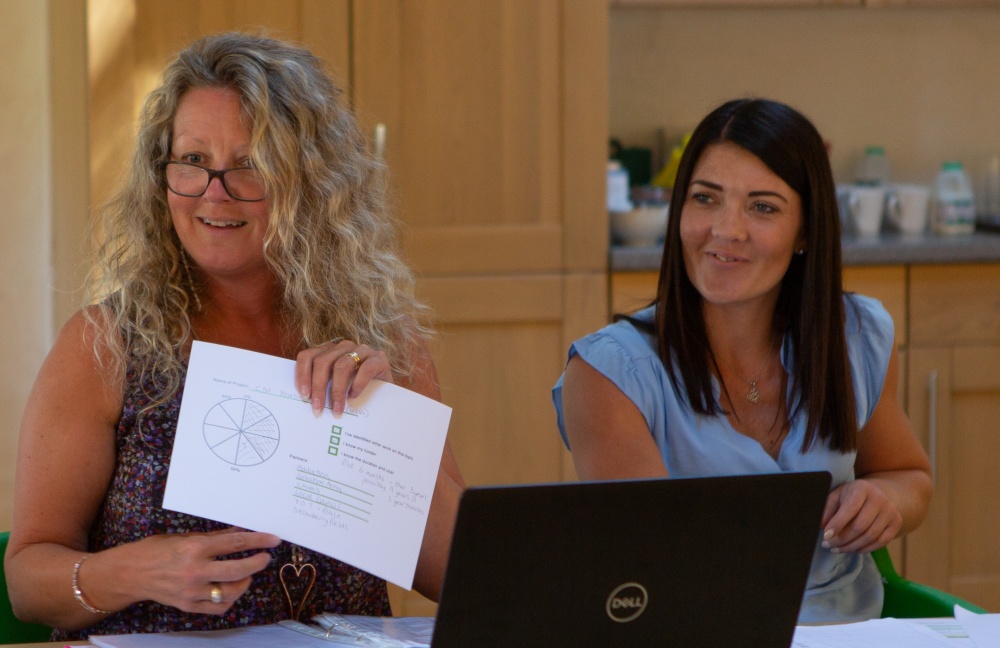 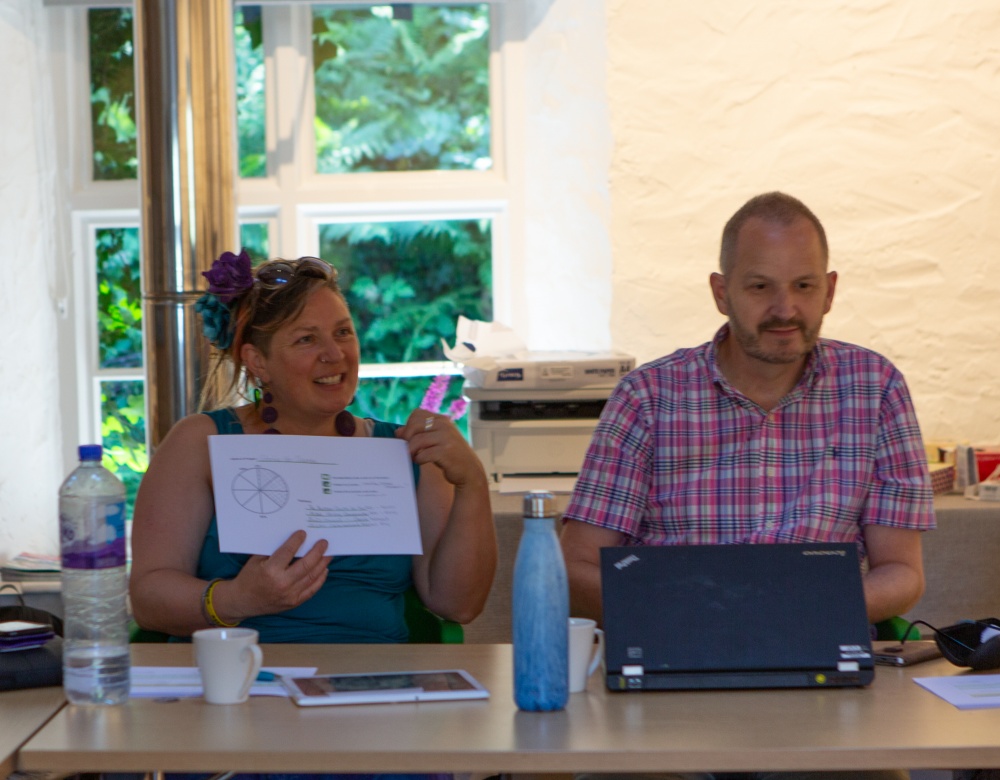 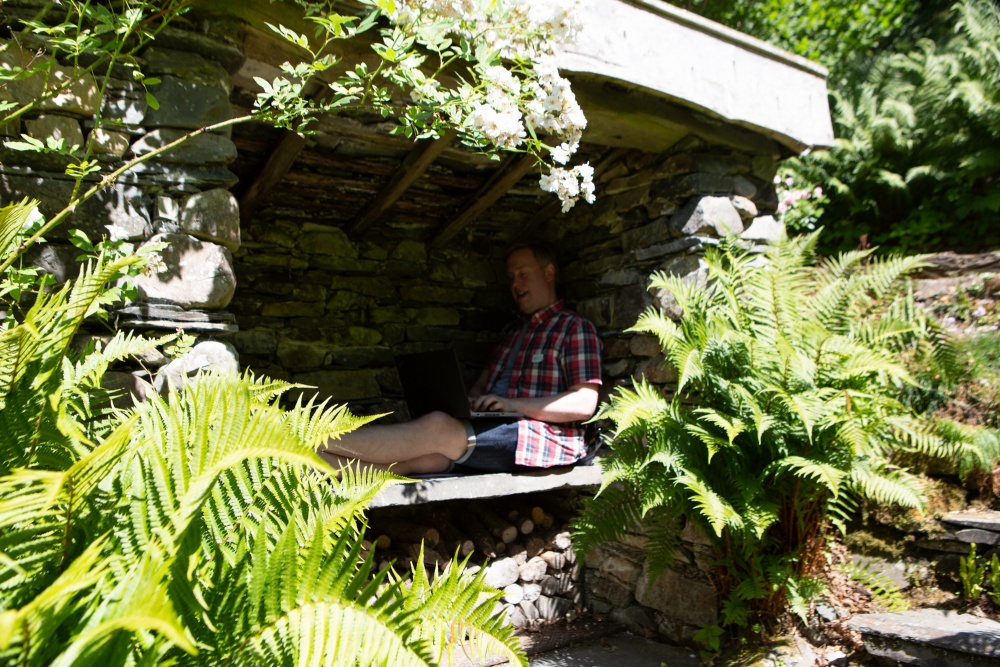